Welcome to the Young Kweenz page

We have created this page to inspire, illuminate, and give all young people positive empowerment and images which sadly most fail to give. If you would like to tell us what ideas you have then please feel free to contact us by making sure you ask permission from your guardians to forward your ideas to us .

WE NEVER SHARE YOUR EMAIL OR ANY OTHER CONTACT DETAILS WITH ANY ONE OR THIRD PARTY EVER ! SO YOUR MESSAGE AND DETAILS WILL NOT BE SOLD OR GIVEN TO ANYONE AND WE WILL STORE ANY DETAILS ON SECURE STORAGE WHICH WE OWN AND IS ENCRYPTED IN LINE WITH THE GDPSWhat is GDPR compliance? GDPR is a regulation that requires businesses to protect the personal data and privacy of EU citizens for transactions that occur within EU member states. And non-compliance could cost companies dearly. What is the GDPR, its requirements and facts? | ›https://en.wikipedia.org/wiki/General_Data_Protection_Regulation ... › Security Search for: What is GDPR compliance? 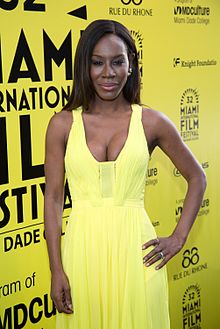 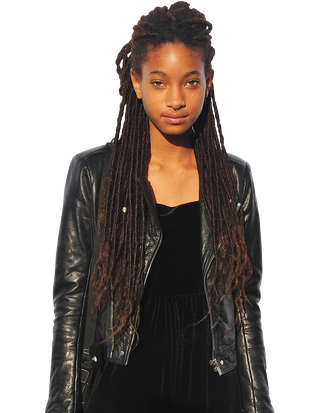 Willow Camille Reign Smith (born October 31, 2000), also known mononymously as WILLOW, is an American singer, rapper, actress and dancer. She is the daughter of Will Smith and Jada Pinkett Smith, and the younger sister of Jaden Smith. Smith made her acting debut in 2007 in the film I Am Legend and later appeared in Kit Kittredge: An American Girl alongside Abigail Breslin. In 2010, Smith launched her music career with the single "Whip My Hair", which peaked at number 11 on the Billboard Hot 100 and was nominated for Video of the Year at the BET Awards of 2011.[2] Smith later signed to her mentor Jay-Z's record label Roc Nation, becoming the youngest artist signed to the label; and released the single "21st Century Girl", the following year. In 2015, Smith released her debut album, Ardipithecus. In 2018, Smith began co-hosting the Facebook Watch talk show Red Table Talk, which has earned her two NAACP Image Awards and two Daytime Emmy Award nominations. In 2021, Smith released the single, "Transparent Soul" featuring Travis Barker.

Michaela Ewuraba Boakye-Collinson (born 1 October 1987), known professionally as Michaela Coel, is a British actress, screenwriter, director, producer and singer.[1] She is best known for creating and starring in the E4 sitcom Chewing Gum (2015–2017), for which she won the BAFTA Award for Best Female Comedy Performance;[2][3] and the BBC One/HBO comedy-drama series I May Destroy You (2020) for which she won the British Academy Television Award for Best Actress in 2021. She is also known for her work in other Netflix productions, including guest starring in the series Black Mirror (2016–2017), starring as Kate Ashby in the series Black Earth Rising (2018) and as Simone in the film Been So Long (2018).

Amma Asante MBE (born 13 September 1969) is a British filmmaker, screenwriter, former actress, and Chancellor at Norwich University of the Arts,[1] who was born in London to parents from Ghana. Her love for the film industry started when she received her first role in BBC's Grange Hill.[2] Asante wrote and produced the 1998 BBC Two series Brothers and Sisters, starring David Oyelowo.[2] She was a childhood friend of model Naomi Campbell, whom she met when they were seven years old.[3]

Learn more
IF THE SITE IS NOT WORKING IMMEDIATLY TELL US AS THIS SITE IS UNDER CONSTANT ATTACK
© All Rights Reserved by freetheinfo.com.